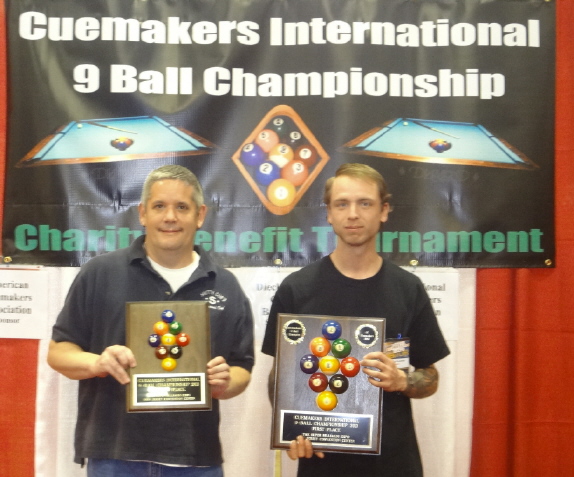 (Pictured above Larry Smith on left, and Justin Hightower on right.) 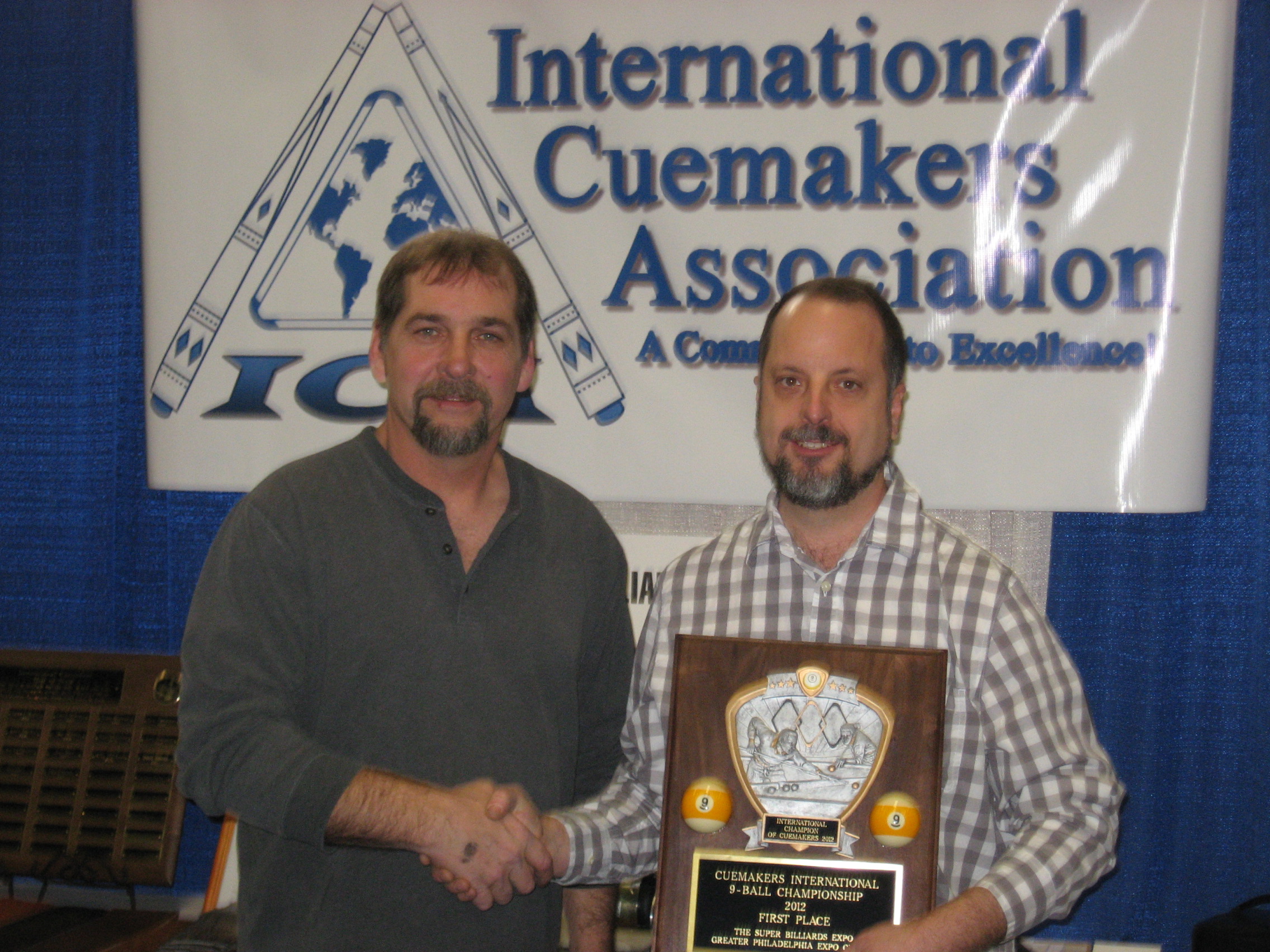 (Pictured above John LaLonde on left, and Chris Hightower on right.)

Chris won the first annual Cuemakers International 9-Ball Championship 2012 that was held in Philadelphia at the Super Billiards Expo as the first annual charity benefit tournament for the Galilean Children’s Home in Liberty, Kentucky. Chris beat Michigan cuemaker John LaLonde in the finals. Chris also won the title again in 2016.

We hope you enjoy your visit to our site. See our “About Us” page to learn more about Hightower Custom Cues and take a look at our “Cue Gallery” pages for pictures of present and past custom cues. See our “Available Cues” page for cues that are ready for immediate shipping. Be sure to take our pictures “Shop Tour” and see what goes into making your custom cue. We are charter members of the International Cuemakers Association and hold to their high standards of quality and integrity!